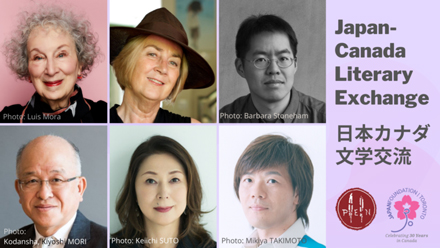 Japan-Canada Literary Exchange ” The Impact of the Pandemic on Society and Creativity: Perspectives from Writers from Japan and Canada”

All talks have subtitles in English and Japanese

This spring, The Japan P.E.N. Club and The Japan Foundation, Toronto will be co-presenting a literary exchange, The Impact of the Pandemic on Society and Creativity: Perspectives from Writers from Japan and Canada. Join this special series of online talks by iconic, award winning authors from Canada (Margaret Atwood, Katherine Govier, Vincent Lam) and Japan (ASADA Jiro, KIRINO Natsuo, HIRANO Keiichiro) in conjunction with the 30th anniversary of the establishment of the Japan Foundation, Toronto. The select authors will share their unique perspectives on societal, cultural, and personal transformations that have occurred throughout the past year, and how their observations of these changes might influence their own literary creations.

Each writer was asked in advance to come up with one question to ask the writers in the partner country, who then answered the questions from the partner country in their talks. This event was coordinated by SATO Ayako, Professor Emerita of Meiji Gakuin University.

To view the recordings, select the author talks below or watch on The Japan PEN Club YouTube(公式チャンネル日本ペンクラブ） channel.

To view the talks, click the author photo below to watch on YouTube. For subtitles, select the language in settings. 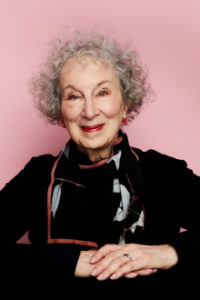 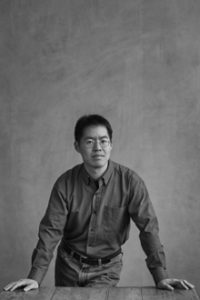 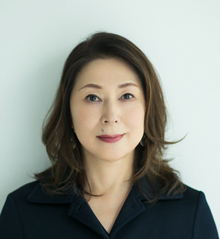 MARGARET ATWOOD, whose work has been published in more than 45 countries, is the author of more than 50 books of fiction, poetry, critical essays, and graphic novels. Dearly, her first collection of poetry in over a decade, was published November 2020.  Her latest novel, The Testaments, is a co-winner of the 2019 Booker Prize.  It is the long-awaited sequel to The Handmaid’s Tale, now an award-winning TV series. Her other works of fiction include Cat’s Eye, finalist for the 1989 Booker Prize; Alias Grace, which won the Giller Prize in Canada and the Premio Mondello in Italy; The Blind Assassin, winner of the 2000 Booker Prize; The MaddAddam Trilogy; and Hag-Seed. She is the recipient of numerous awards, including the Peace Prize of the German Book Trade, the Franz Kafka International Literary Prize, the PEN Center USA Lifetime Achievement Award, and the Los Angeles Times Innovator’s Award. She lives in Toronto.

Katherine’s most recent novel is The Three Sisters Bar & Hotel. Her previous novel, The Ghost Brush, about the daughter of the Japanese printmaker Hokusai, was published in Japan and worldwide. An earlier novel, Creation, was a New York Times Notable Book of the Year. She has won the Toronto Book Award and Canada’s Findley-Engel Award for a mid-career writer (1997). In 2018 she was honoured for Excellence in the Arts by the Canadian Civil Liberties Association. In 2019 she was made a Member of the Order of Canada.

Katherine has been President of PEN Canada and Chair of The Writers’ Trust. She co-founded the national schools writing program Writers in Electronic Residence and more recently founded, directed and is Board Chair of The Shoe Project, a writing and public speaking workshops for immigrant and refugee women.

Katherine was born in Edmonton, Alberta and attended The University of Alberta and York University. She has two adult children, Robin and Emily, and two grandchildren. She lives in Toronto and in Canmore Alberta. Her upcoming novel again features Katsushika Oei, woman artist of the floating world, who rises from her unknown grave to discover what happened to her art during the Meiji era.

Dr. Vincent Lam is from the expatriate Chinese community of Vietnam, and was born in Canada. Dr. Lam worked for thirteen years as an emergency physician in Toronto. He now works in addictions medicine. He has also worked in international air evacuation and expedition medicine on Arctic and Antarctic ships.

Dr. Lam’s first book, Bloodletting and Miraculous Cures, won the 2006 Scotiabank Giller Prize, and was adapted for television and broadcast on HBO Canada. Dr. Lam co-authored The Flu Pandemic And You, a non-fiction guide to influenza pandemics, which was recognized in 2007 with a Special Recognition Award by the American Medical Writers’ Association. Dr. Lam’s biography of Tommy Douglas was published by Penguin Canada as part of Extraordinary Canadians series.

The Headmaster’s Wager, Dr. Lam’s first novel, about a Chinese compulsive gambler and headmaster of an English school in Saigon during the Vietnam War, was a finalist for the 2012 Governor General’s Prize.

JIRO ASADA, born in Tokyo, former President of The Japan P.E.N. Club (2011-2017) is one of the most prominent authors in Japan. Many of his works have been translated into English, Chinese, Korean and other languages as well as being made into films, plays and TV series.

He has won numerous literary awards including the Eiji Yoshikawa Prize for New Writers for Metro Ni Note (1995), the Naoki Prize for The Stationmaster and Other Stories (1997), the Shibata Renzaburo Prize for Mibu Gishi Den (film title in English: When the Last Sword Is Drawn), and many more. In recent years, he received Japan’s prestigious Medal of Honor with Purple Ribbon (2015) and the Kikuchi Kan Prize (2019).

“Writing is my greatest pastime,” he says.  He is best known for his skillful narration depicting human nature, compassion and kindness.

NATSUO KIRINO won her first major literary award in 1993, Edogawa Rampo Award, with her novel Kao ni furikakaru ame (title means “Rain Falling on My Face”), but what made her exceptionally famous was her smash hit novel Out, which won the Mystery Writers of Japan Award in 1998. This became her first work to be translated into English and other languages, and was nominated for the 2004 MWA Edgar Allan Poe Award in the Best Novel Category, which made Kirino the first Japanese writer to be nominated for this major literary award. Her other works available in English are Grotesque, Real World, and The Goddess Chronicle.

Her works are highly acclaimed for her intriguingly intelligent plot development and character portrayal, and her unique perspective of Japanese society after the collapse of the economic bubble. Today, she continues to enthusiastically write in a range of interesting genres.

KEIICHIRO HIRANO debuted in 1998 with his first novel The Eclipse, for which he won the prestigious Akutagawa Prize at the record age of 23, and has won many literary awards since his debut.

His style varies with every work, incorporating profound and universal themes like self-love, relationships and acceptance. His works, spanning from short stories and historical novels to essays, love stories and literary science fiction, have been translated and widely read in France, China, Korea, Taiwan, Italy and Egypt. In 2004, he lived in Paris, appointed as a cultural envoy by Japan’s Ministry of Cultural Affairs. He is also known for his deep knowledge in arts and music, and a recipient of The Ordre des Arts et des Lettres.

A Man, released in 2020 in North America, is his first novel translated into English. His second title in English At the End of the Matinee will be released in April 2021, which was a runaway bestseller in Japan and released as a movie in November, 2019.

Her translation works include Margaret Atwood’s The Robber Bride, Alias Grace, Payback: Debt and the Shadow Side of Wealth, and The Year of the Flood as well as Tomson Highway’s Dry Lips Oughta Move to Kapuskasing.

She is a co-author of J.D. Salinger Bungaku no Kenkyu, Kebekku o shiru tame no 54 sho, and Kanada o tabi suru 37 sho.